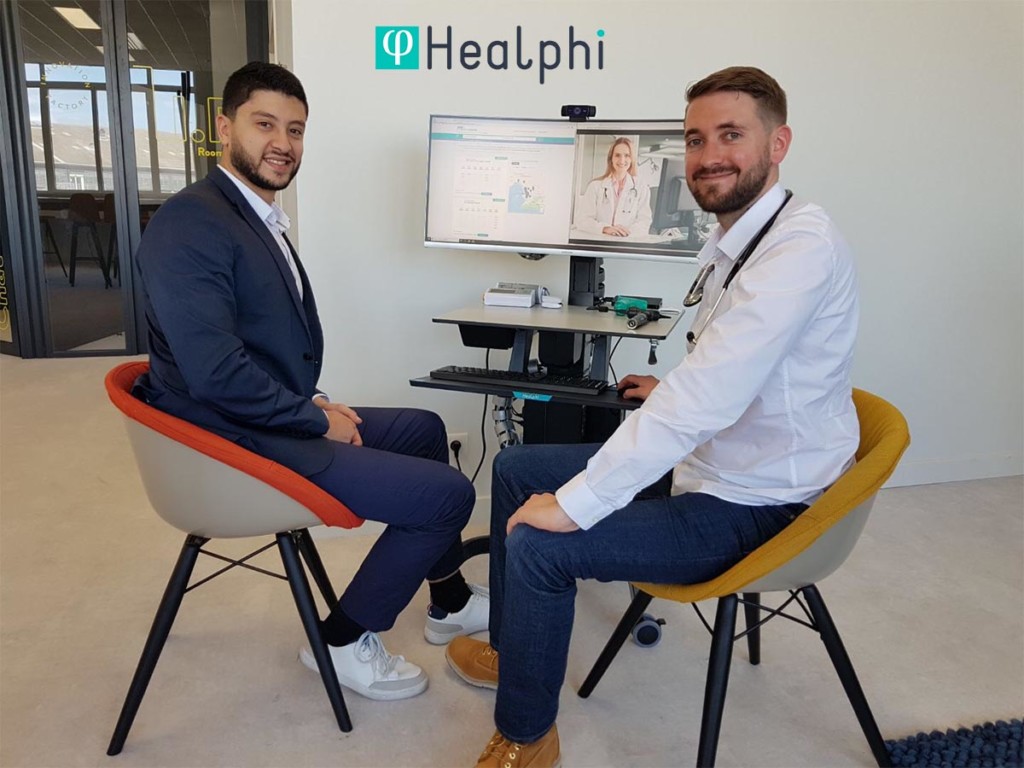 How the start-up Healphi tackles the medical deserts

“We have been trying to raise funds for a year,” says Jean-Sebastien Gras, one of Healphi’s two founders. “In September, we met Amaury Godron, the director of Obratori who offered to accompany us,” he continues.

The young nugget has not only decided to move to the Castel but in addition, she found a financial partner to carry out its fundraising. The amount remains confidential but it will be officially announced at the conclusion of the contract in a few days.

Twenty cabinets in medical deserts in 2019

Unlike traditional remote consultation tools, Healphi works with nurses who will take the patient’s measurements. “Human contact and medical expertise remain essential for patient quality monitoring,” says Tarik Mouamenia, the company’s second founder. In a local, patients come to be examined by nurses who communicate the data directly to a doctor by videoconference. Nearly 80% of consultations can be performed thanks to the new connected instruments: stethoscope, endoscope, thermometer … The doctor can then issue a prescription by mail or secure e-mail to the patient or directly to the pharmacy. The consultation costs 25 euros and is fully reimbursed by social security.

The two engineers who launched Healphi target the territories deserted by medical staff. They directly approach local elected officials to offer them this innovative service. The installation of a cabinet costs about 24 000 euros which can be supported by the town hall, the Department or the Region. The fourth Loiret MP, Jean-Pierre Door, was one of the first to trust them. Thus, the first three Healphi cabinet opened their doors near Montargis last June and four more should follow early next year. “We have requests from everywhere,” says Jean-Sebastien Gras. At the beginning of November, the start-up won the innovation award at the Mayors’ Fair, which offered a great advertisement. It is now in contact with many areas affected by medical deserts: Burgundy, Auvergne, Normandy, Great East … At the end of next year, the company hopes to have at least twenty cabinets.

After general practitioners, dermatologists and cardiologists

If for the moment, Healphi offers only consultations of generalists, she hopes soon to propose specialists including dermatologists and cardiologists. The start-up is also working on a telemedicine case that it could sell to health professionals “Even in Paris, doctors do not move anymore. Nurses sometimes have to call an ambulance to send a patient to the hospital for just one prescription. It’s an exorbitant cost for health insurance, “says Jean-Sebastien Gras. She tries to miniaturize the equipment that is currently used in her cabinets to facilitate transportation. To do this, it relies on existing technologies developed by the biggest brands in the sector such as the American Littmann. “We do the assembly ourselves and we try to minimize its cost to make it accessible to all,” said Tarik Mouamenia. Finally, the two partners will create a new subsidiary Healphi Training for doctors and nurses.

For its first year of operation, the start-up will have a turnover of 150,000 euros and hopes to exceed 500,000 euros next year. Thanks to her installation at Obratori and the ongoing fundraising, she will also expand her staff. Three charge d’affaires will join his ranks in the coming weeks. Finally, she is anxiously awaiting the evolution of the law for the creation of a nursing act in tele-medicine that would democratize her solution among professionals working for the moment thanks to a derogation from the regional health agencies.