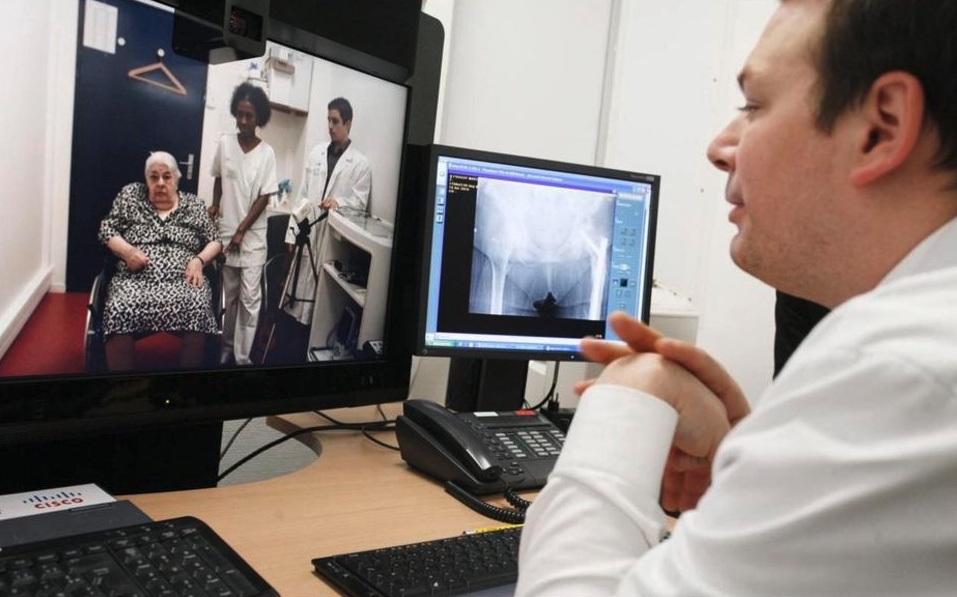 Medicine is modernizing in Aulnay-sous-Bois. The municipality (LR) will invest € 28,000 in three cases to carry out teleconsultations in the homes of patients with general practitioners in the city. Inside: a screen, a thermal printer, stethoscopes, otoscope and dermatoscope connected.

Distributed by the start-up Healphi, based in Marseille (Bouches-du-Rhône), they will be made available to the liberal nurses at the end of the year. “They will be present during the consultation,” says Tarik Mouamenia, co-founder of the company. This will make the doctor’s job easier. A person alone in front of the screen may not be able to perform all the necessary actions. The presence of the nurse is a difference with the solution tested in the pharmacies of Montreuil and Noisy-le-Grand.

The project was led by Annie Delmont-Koropoulis, senator (LR) of Seine-Saint-Denis and municipal councilor in Aulnay. “We want to respond to medical desertification, and simplify access to care. This will also help to relieve emergencies, which deal too much “sore”, including Robert-Ballanger hospital, “he hopes in his entourage.

According to the latest figures from the Regional Health Agency (ARS), 37 cities out of the 40 in the Seine-Saint-Denis lacked doctors in 2018. And, according to the Regional Union of Health Professionals (URPS), In 2017, the departmental average was 54.6 general practitioners per 100 000 inhabitants, against 71.7 in Ile-de-France.

The medic question themselves

A first information meeting was organized at the beginning of the summer with the local nurses. “The idea of the briefcase is excellent, rush Corinne Lhuillier, 57, nurse for thirty years. In Aulnay, the number of doctors invariably drops. And some patients are no longer able to move to their doctor’s office. “

Marc Mantilla, who arrived in the commune a year ago, thinks that the solution will be confronted “to the reality of the field”. “It starts from a good feeling. But consultation will take time, which we do not have, “he says. “No solution will be perfect! Our business is evolving, we must follow the progress, “says Corinne Lhuillier. Fatima Courrou, 33, wonders about the compensation of nurses. “For doctors, it will be the same price as a consultation in their office. But for us? “

The device expanded to other cities?

This point remains to be defined, like that of the number of volunteer doctors. “We will continue to work with the medical community,” said the senator’s entourage. Who hopes to extend the device to other cities in the department.

From the start of the school year, a meeting will be held with the other mayors of Seine-Saint-Denis to present the project.