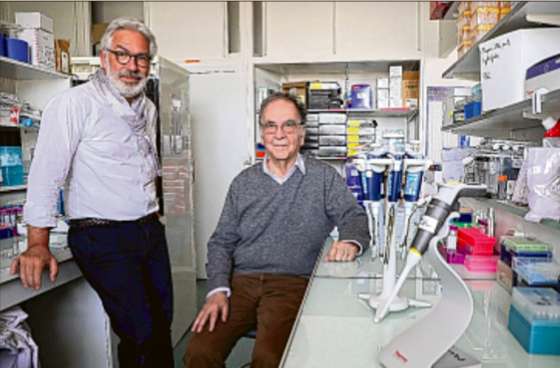 There is the big sister, Progelife. Who since 2014 develops molecules for medicine to fight two rare diseases: progeria and the disease of the children of the moon. And there is his little sister, Calysens, a start-up freshly created, hosted at the incubator Marseille L’Occitane, Obratori. Who works on the same families of molecules to develop anti-aging cosmetics.

The link between the two? Two Marseille scientists: Pierre Cau and Nicolas Levy. It was in Aix-Marseille University’s laboratory, a researcher in genetics, that the tandem discovered that a family of molecules could counteract the accelerated aging action of progerin, naturally produced in everyone, and in excess in patients with progeria. The second family of molecules, it was discovered by researchers from Inserm, Bordeaux, which Progelife obtained to exploit the license.

“These are two diseases that are emblematic of some form of aging, explains Pierre Cau, so controlling these mechanisms can attack other diseases.” And while Progelife advances to the rhythm “drug”, which requires, logically, long tests and pushed, through Calysens, Nicolas Levy and Pierre Cau, as well as Frédéric Bénéton, who took in hand the operational and commercial piloting of the two companies , hope to develop several ranges of anti-aging cosmetics from the two families of molecules.